Travel Capture: Up Close and Personal with GIZA, EGYPT 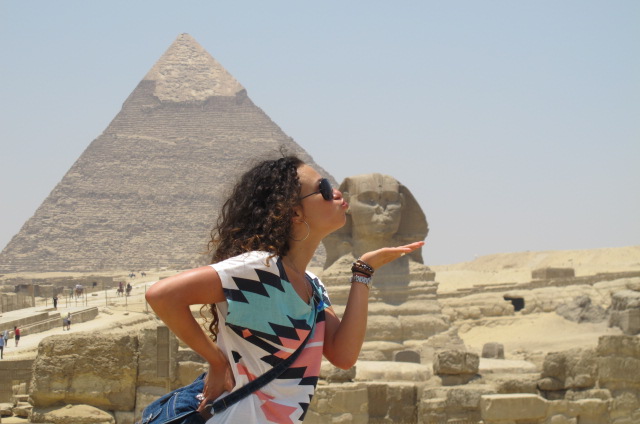 Ladies and gentlemen, I present to you, The Great Pyramids and Sphinx at Giza! Cue applause.

Let's take it back to Cairo, Egypt, my port of entry to a heat-waved desert in the middle of June. Shuttling a short ways to Giza, ever the tourist trap, I remember getting off of the bus and being immediately accosted by locals trying to sell me this and that, aggressively hustling to make a buck, and not taking my firm "no" for an answer. As I pushed through the swarm (quite literally and forcefully), three tiny triangular forms presented themselves to me against the bluest of cloudless skies. Is that it? Am I really looking at The Great Pyramids, one of the ancient wonders of the world?


I don't know if it was the irritating environment, or the feeling of baking alive in the desert sun, or perhaps that I had just the day before swallowed the grandeur of Petra (the ancient Lost City in Jordan, also a wonder of the world), but I was surprisingly underwhelmed.  No, that just would not do, I said, let me have a closer look.

Many had opted for the pricey entrance for the inner-pyramid experience. I, of course, in my frugality and divergence, maintained my wide angle lens affixed on the exterior.  Okay, I softened, I'll give it to you, ancient Egyptians...you pulled off quite the feat. Upon closer examination, the scale and precision of these building blocks comes pretty close to blowing your mind. (And don't talk to me about ancient aliens and the like. I'm giving these laborers their due credit. Just because we can't wrap our elitist modern minds around the execution, doesn't mean they couldn't achieve it sans the supernatural. Gasp.)

And you didn't have to walk many paces to see the sculptured Sphinx, broken nose and all, another grand Egyptian prize. (May I say I was equally fascinated by how great Pepsi tasted here, from that tall, cold glass bottle...and I'm no soda fiend. Check it out below.) This is the real deal folks, you've seen it here, through my ever-inquisitve eyes. (All the photos below are in the order in which I experienced them.) 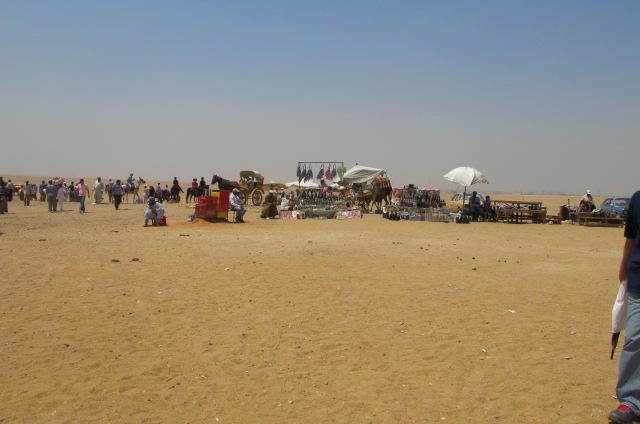 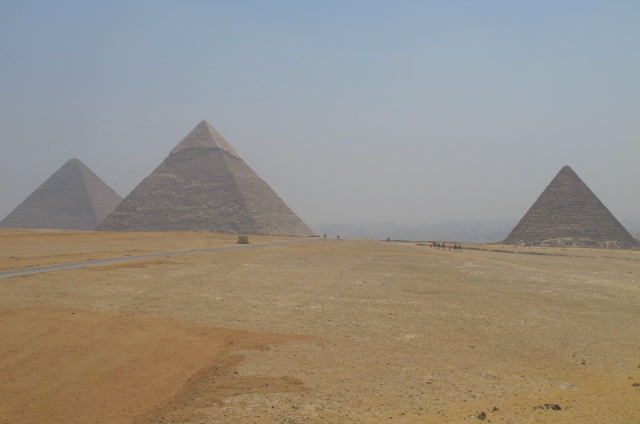 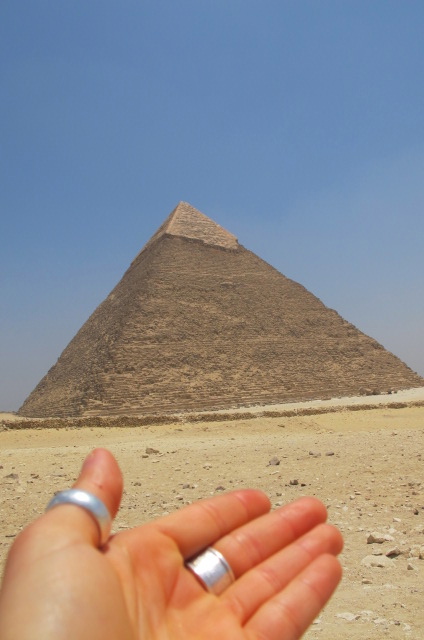 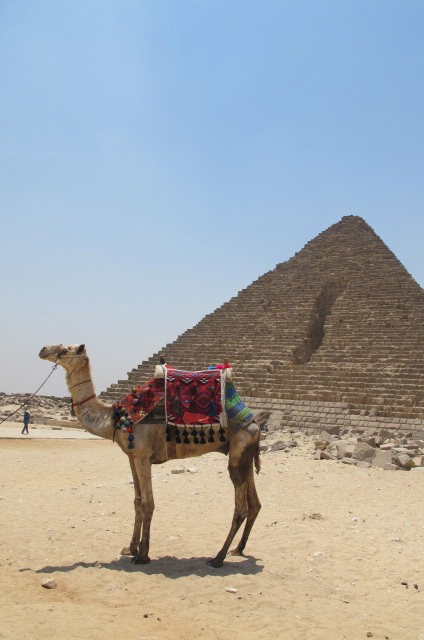 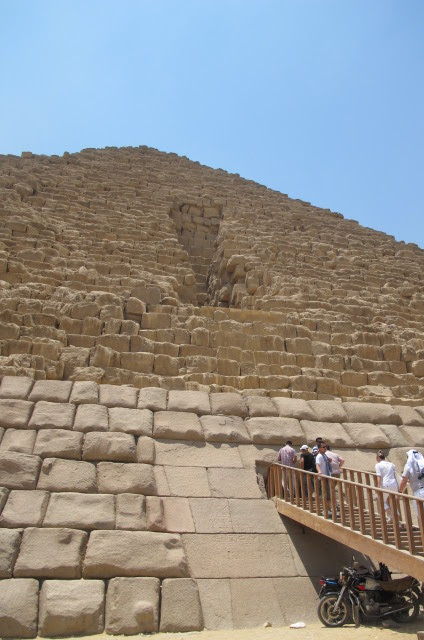 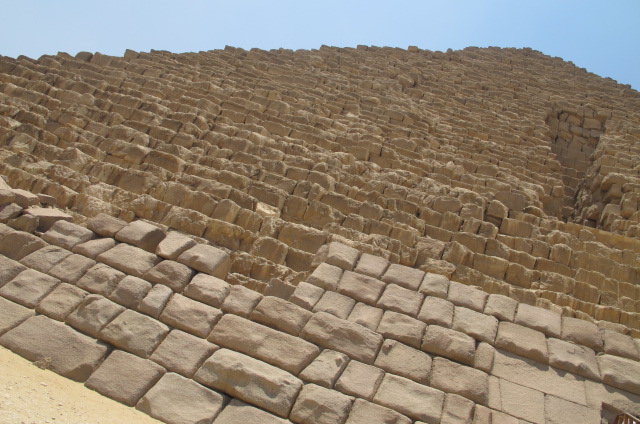 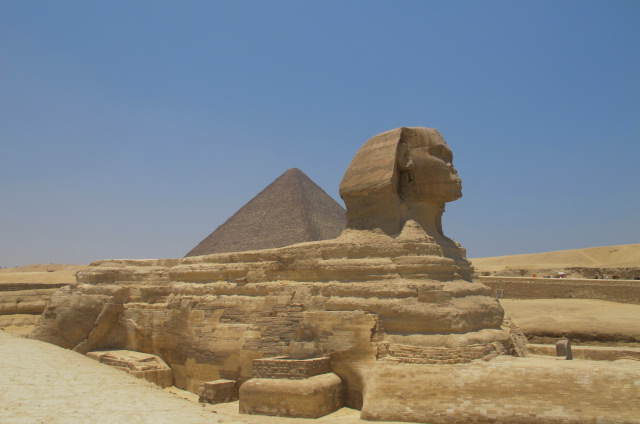 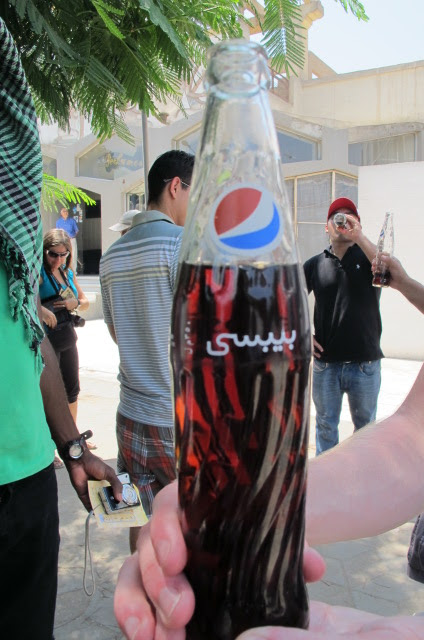 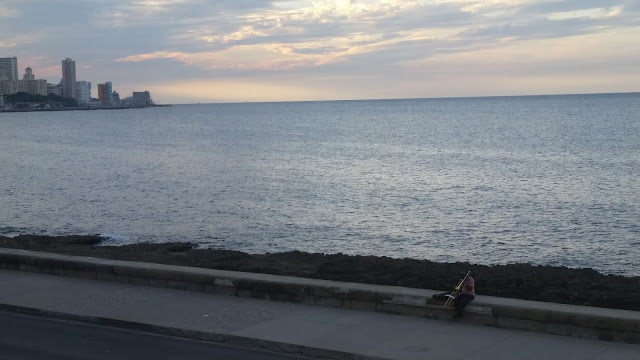